A very good friend of mine is what would be considered clinically obese. To me she is just Jane, my mate, a lovely, kind caring person with the most wicked sense of humour. We’ve been friends for years and in turn seen each other through a lot. However despite my blindsided attitude towards my friend, she does have a disability that hinders her greatly.

After much persuasion we went on holiday together last year on a plane. It was a difficult journey and horribly embarrassing for my friend who had to negotiate two seats and extra leg room. All the other passengers were staring, throwing disapproving looks across the cabin. It was humiliating and degrading for her to go through.

Since then, I’ve been more aware of Jane’s dilemma and how she copes with everyday tasks. It never occurred to me that she might need extra support with things, in fact I began to look at obesity in a very different way, seeing it as a severe disability rather than a self-inflicted problem, and not taken as seriously as other physical disabilities. It seems that there’s a definite stigma attached to people who are visibly overweight; they are shamed for supposedly being slothful and indulgent and therefore not given the same kind of sympathy as those with other disabilities.

Obesity can be a symptom of an eating disorder not dissimilar in its pathology to any other kind of addiction including alcohol and drugs. Overeating can also be a symptom of anxiety, stress and mental health issues. More shockingly it is a common syndrome linked to victims of bullying and abuse; particularly sexual abuse.

I asked Jane if she needed any extra help with anything in her daily life, and she admitted that she regularly avoided public transport as much as possible and has never even considered buying herself a car.

Keeping medical appointments were an issue especially the opticians or dentist and that she’d been taking pain killers to mask a long term tooth ache because of her fear of not fitting into the dentists chair. I felt so sad for her, it wasn’t something I’d considered as being an issue.

Obesity is a very common problem in the UK but it affects around one in every four adults and around one in every five children aged 10 to 11 and depending on the severity of the issue, Obesity reduces life expectancy by an average of 3 to 10 years, and being overweight shockingly contributes to at least 1 in every 13 deaths in Europe.
It can also be the cause of many other problems, day to day functions and personal and health issues such as joint and back pain, breathlessness, increased perspiration, low confidence and self esteem, depression, tiredness and isolation. Not to mention the threat of serious health issues such as diabetes, high blood pressure, liver and kidney issues etc.

For more information and advice on our bariatric dental chairs, contact us today or visit us online 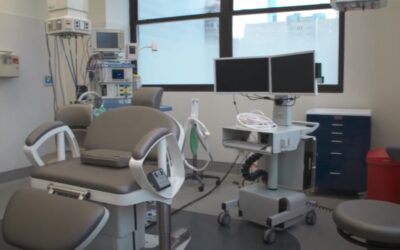 Design Specific are proud to have our equipment installed at New York University (NYU) - Special Needs Dental Department. They have invested in all of our products after researching the best solution to handling Special Needs Patients from Children to Bariatric Adult...