An increasing issue for women and their health is obesity. More often than not, obese women delay or avoid seeking health care for a variety of reasons, mainly due to fears of being judged or stigmatised for their size. Often this fear is not an unfounded one, as many medical practitioners have been guilty of body-shaming their patients either directly or inadvertently without considering the consequences of their actions, ie. alienating their clients.

Increasingly overweight and obesity are becoming very key and important issues for women’s health. This issue is an international and by no means an isolated or regional problem. It is a fact that some obese or overweight women often avoid seeking professional help or seek general medical care due to practitioners having previously reacted with scorn or negativity towards them. They often feel self- conscious and uncomfortable when being examined, feeling compromised by their size particularly when engaging with standard equipment such as dental examination chairs, hospital benches, and tables etc. There are however no studies of women’s overall experiences with healthcare practitioners concerning this particular issue.

In 2007 eight women volunteers in the USA who had agreed to identify themselves as patients with severe weight issues were assessed under a specific framework to gather specific data analysis.The fundamental issues that came out of the study was that of an overwhelming battle for these women to fit into the expected world of the healthcare services. The particular identifiable themes included:

The outcome of these findings, could significantly raise awareness and may notably change the understanding of women’s experiences as patients with obese or overweight issues and in turn it could greatly change the framework and consciousness of health care providers worldwide.

It seems that those who are classified as obese or overweight are stigmatised on a daily basis through encounters with strangers, healthcare providers, peers and even family members that their statement were less than those who were not obese. Obese subjects regularly experience condemnation and denigration on a daily basis, something that has been described by psychologists as civilised oppression. Closer insights into interpersonal relationships provide a  stronger foundation for better care and consideration of the obese population. 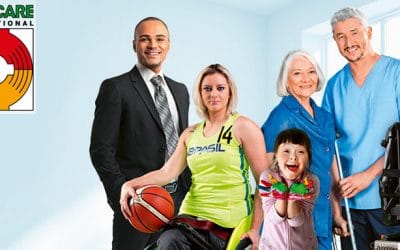 REHACARE 2019, DusseldorfREHACARE 2019 - Self-determined living Design Specific are attending REHACARE 2019 - the leading trade fair for rehabilitation, prevention, inclusion and care. More than 700 exhibitors from 40 countries in 2019 with the the latest technologies...